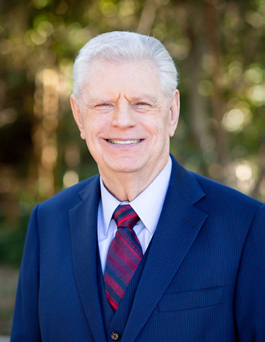 James F. Penman has represented a wide range of clients in more than a thousand cases during his 34 plus years in practice.   An experienced trial lawyer, Penman served for 26 years as the City Attorney for the City of San Bernardino.  Supervising 9 Deputy City Attorneys and dozens of contract lawyers, Penman has a wide range of experience in litigation, government law, business law, contract law, employment law, personal injury, construction litigation and a wide variety of civil actions.

Government and Administrative law remains a concentration of Penman’s practice, as when he was city attorney, but now he represents developers, contractors, public employees and others in conflict with governments as well as presenting projects and other requests to the State of California, County government offices, various cities and other government agencies in the Inland Empire and beyond.  He has also represented clients in disputes and lawsuits brought by or against the State of California, various cities and the county. His experience as City Attorney has already resulted in benefits for a number of clients doing business with, or litigating against different California government agencies.

Over 50 percent of Penman’s cases in Redlands and San Bernardino involve government and/or administrative law of which approximately 46 percent are transactional issues, 31 percent employment/union/labor issues and 23 percent involve contracts of one kind or another.

Approximately 70 percent of the above-listed areas of Penman’s law practice involve cases that are currently in litigation or that may result in litigation.