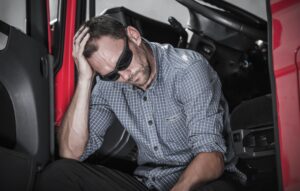 Under state and federal law, there are special measures taken when a commercial driver’s license holder is convicted of driving while under the influence of drugs and/or alcohol (DUI). If you are a large commercial truck driver and have been charged with this crime, your job and reputation could be on the line. You will need to take several matters into consideration to ensure you retain your employment.  Discuss your case with a skilled attorney who is experienced in handling commercial driver’s license DUI cases. The proficient litigators at Milligan, Beswick, Levine & Knox, LLP are prepared to aggressively fight on your behalf.

Milligan, Beswick, Levine & Knox, LLP has many years of experience defending clients against DUI charges. The law firm will work tirelessly to advocate on your behalf and will leave no stone unturned to make sure you are equipped with the best defense possible. To schedule a complimentary consultation with the law firm, consider completing the online form here.

In the State of California, Vehicle Code §23152(d) makes it unlawful to operate a large commercial truck when intoxicated, testing at a blood alcohol concentration (BAC) of .04 percent or greater. This BAC applies to all those who hold a commercial driver’s license but who are only operating a commercial vehicle at the time of the violation. If the motorist is operating a vehicle classified as non-commercial, the standard limit of .08 will apply. Regardless, licensed commercial drivers must understand that these blood alcohol concentration limitations are strict and can carry severe consequences.

Consequences for Driving Under the Influence as a Licensed Commercial Driver

Commercial driver’s license holders in California should expect that a conviction of a DUI could result in criminal penalties as well as the suspension of the license. Even if the driver was not operating the commercial vehicle at the time of the arrest, he or she can expect these consequences.

Contingent on the individual case, first-time offenders can face the following court-ordered consequences in a conviction: Monetary fines; Up to a year in a county jail; Informal (summary) probation; and/or Court-ordered DUI school.

When the case involves subsequent convictions, the defendant can face increased penalties. Also, if the defendant has been found guilty of injuring a person, the crime will likely be charged as a felony.

The consequences of a conviction of driving while under the influence as a licensed commercial driver are drastic and far-reaching. For this reason, it is important to take these charges seriously and immediately retain legal counsel from a proficient attorney. With the right legal support, it may be possible to reduce the charges or have the case dismissed altogether.